It takes courage to start over. Bravery is needed to openly state that you were wrong on an issue or pursuit you may have previously been most adamant about. But we are human, we are always growing and learning, this life is a journey and if we do not allow ourselves to grow whether that be via the right or wrong steps we are not truly embracing this gift called life. 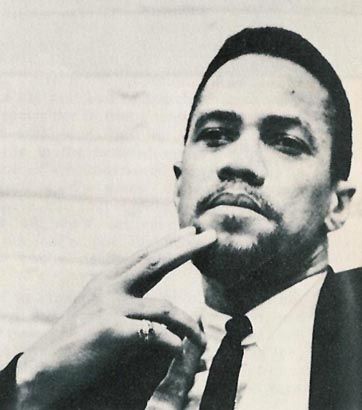 I decided to read up on the Malcom X life story due to high recommendation. I was really surprised to learn of the many depths which made up his colourful life, none of which I was previously aware! He had been a drug dealer and user, a pimp, a convict, and a burglar. Nonetheless in the same lifetime he was also a minister, the founder of the Nation of Islam newspaper, renowned public speaker, activist, author and public Icon. He was able to speak on real life experiences and connect with the masses as due to his experience and brutal honesty.

I do not promote the areas of Malcolms journey where he was breaking the law and endangering himself. However after reading about his existence from conception to tragic death, I can see why he chose the path he did and how those experiences made him who he was and fuelled his journey to become the legendary Malcom X. A martyr.

If you haven’t read The Autobiography of Malcolm X by Alex Haley I strongly advise you do so. In the meantime I want share a few inspiring quotes from this book with you which can be applied to motivate you in everyday life.

1. “It’s the hinge that squeaks that gets the grease”

One of 10 siblings Malcolm learnt early In his life that he had to make noise to be heard over and above the others to gain results. When going after what you want don’t be shy about it.

2. “Anytime you find someone more successful than you are, especially when you’re both engaged in the same business, you know they are doing something that you aren’t”

We should not directly compare our start to someone else’s end, nor our mid-way point to another’s peak point as there are many hidden factors that you will not be aware of. We can however learn from each other’s differences, other people’s strengths and unique take on things. Don’t get envious, get inspired.

3. “You never can know what anything can do until you set it free, to act by itself. If you have a cat in your house that you pamper and pet, you have to free the cat, set it on its own, in the woods before you can see that the cat had it in him to shelter and feed itself”

If you’re in a monotonous cycle break it. Take risks and allow yourself to prove what you can really achieve. You would have never known if you could walk unless you were given the chance to try. You’ll never know if you can swim until you get into a pool. Don’t create limitations for yourself. The world is vast with a great deal of opportunities; give yourself the option to soar.

Malcom makes reference to Muhammad Alis fight against Sonny Liston. Muhammad won a fair fight against Liston. He could have cowered at the fact that he was taking on the World Heavy Weight champion but he did not. Confident and amusingly cocky he set himself a strategy and believed in his own ability and plan to succeed, despite what anyone else thought.

5. “It is only after the deepest darkness that the greatest joy can come”

Our greatest victories often take a huge upheaval. It is then that true appreciation takes place. Do not fear the struggle; it is all part of the necessary process.

6. “In all our deeds, the proper value and respect for time determines success or failure”

Time is something we cannot control. As intelligent as we are – able to mimic organ functions for the desired purpose, reverse the signs of ageing and land in space, we still have an allotted amount of time that we are each given and it must be used wisely. Malcom had a lack of patience for anyone who did not wear a watch as he believed that meant they did not value time and therefore would not be able to appreciate his. Don’t allow others or even yourself to waste your precious time.

7. “Anyone in a position to discipline others should first accept discipline themselves”

If in a position to point out others flaws we must be willing for our own to equally be highlighted also. No one is ever too important or ‘grown’ to learn, we never stop learning. Remain humble.

8. “Children have a lesson adults should learn, to not be ashamed of failing, but to get up and try again. Lots of us adults are so afraid, so cautious, so ‘safe’, and therefore so shrinking and ridged and afraid that it is why so many humans fail. Most middle aged adults have resigned themselves to failure”

According to The Office for National Statistics the life expectancy in the UK as of 2015 was 81 years of age. Why then do people give up at 30 years old when hopes and ambitions have failed to deliver in the anticipated time frame? Shame and fear of failure are part of the root causes. Adults become increasingly embarrassed of what others may think if they put a foot wrong and begin to feel defeated by the journey which had not quite gone to plan. Each day we are blessed to open our eyes is another opportunity. Find your inner child and treat life and your goals with the same enthusiasm as if you were learning to walk all over again, at a tender toddler age when it all seemed rather exciting. It still can be.